The penultimate part of Nimue’s total humiliation in “Exercised” was published today in our members area.Â  Magick comes up with an ingenious test of the unfit slavegirl’s strength by attaching strings to her nipples at one end with clothespins and weights at the other end.Â  Only Nimue’s strength stops the clothespins from ripping off of her nipples painfully. 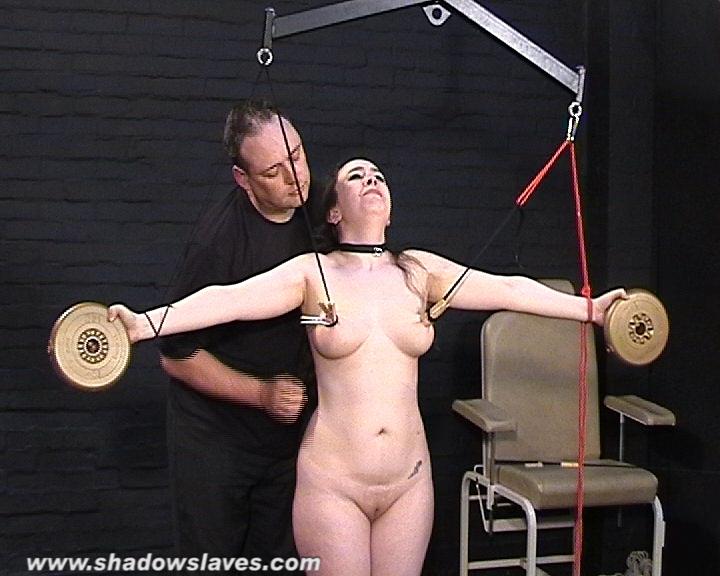 Nimue’s humiliation is completed (for now) next week with the final part of “Exercised” starring Nimue and Magick.